Live at the Vaults 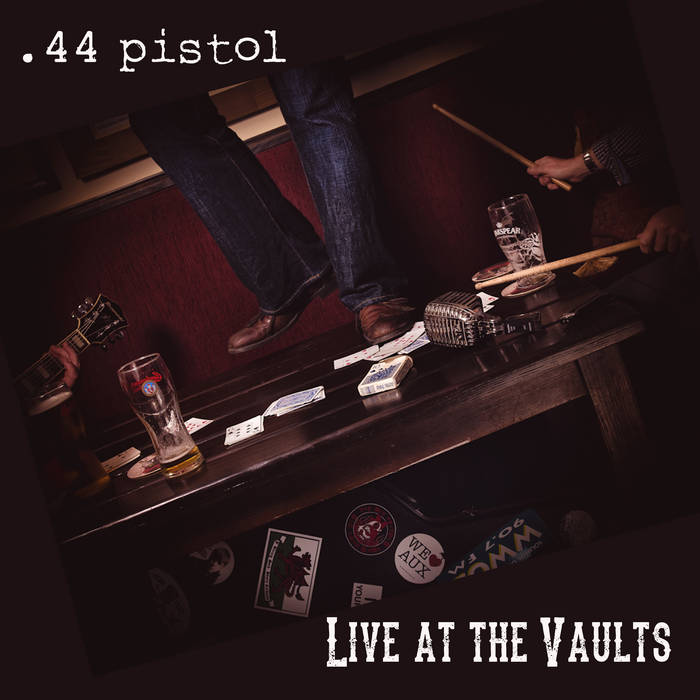 This also marks the recorded debut of lead singer Pete Wearn’s homemade guitar, constructed from an oil can, which appears on several tracks including the showpiece original “Born in the Borderlands”.

The choice of the Market Vaults as the venue for the recording was no coincidence, as it is both the historical site of the founding members’ first meeting, and the band’s favourite off-duty watering hole.

Described as ‘brilliant’ by Maverick Magazine & ‘kick-ass’ by bluesinthenorthwest.com, .44 Pistol consists of Pete Wearn (vocal, harmonica & slide guitar) Ash Jones (Lead & rhythm guitar) & Mick Askey (Drums). They do not have a bass player, nor do they feel they need one.

Bandcamp Daily  your guide to the world of Bandcamp

Benji B talks about his new compilation ‘Deviation Classics’